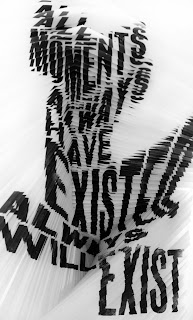 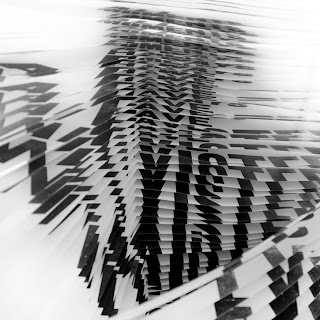 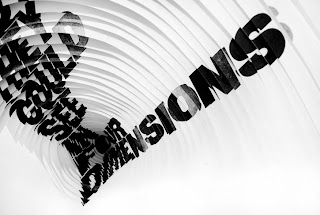 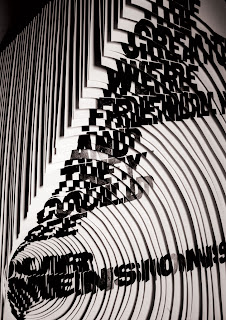 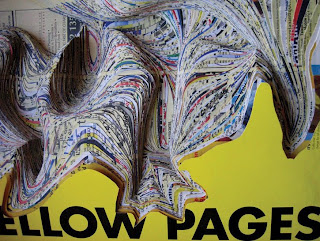 When did your journey in the magical word of letters begin?
I began working with type only about a year ago, during the final stages of my Visual Communication Design degree at the Glasgow School of Art. I specialised in Illustration, enjoying the creative freedom that it allowed, but found it difficult to work according to narrative traditions and more experimental projects were often left unresolved. I discovered that typography provided the perfect formal framework from which to 'hang' my ideas. It allowed my imagination to run wild whilst still retaining a layer of universally recognisable information.

What was your initial source of inspiration?
I had been working with layered images for quite some time, but the introduction of typographic elements came later. I think it was a combination of sources that inspired me to pursue this route. Most significantly was my proper introduction to the letterpress, and the realisation of it's immense potential for my own working methods. I enjoyed approaching a process so closely tied to the tradition of graphic design as someone with a more illustrative way of thinking. I was also very inspired by the somewhat coincidental and timely discovery of a world of illustrative and experimental typography whilst researching illustration and visual design in general. Most notably, however, was a London exhibition by Sam Winston and the work of Edwin Pickstone, a typographic designer also working in the case room at my art school. The intricacy and skill of their work is both staggering and beautiful.

Any favorite designers that have influenced your work?
I am influenced by all manners of art, craft and design, but a few do spring to mind. Namely the complex hanging installation art work of Cornelia Parker, the music videos and charming hand-drawn animations of Michel Gondry, Stefan Sagmeister's bizarre typography and the diverse range career of Thomas Heatherwick - whose christmas cards to my father were a source of annual inspiration and envy!

Please tell us a bit about your future projects and plans.
I fully intend to continue my exploration of typographic design, whether it be alone or as part of a studio, as I feel it is something that I am only just beginning to really get to grips with. I would love to make pieces on a much larger scale - so that they can become even more interactive, something you could walk right into!

The key to truly forward thinking design is to harness both the capabilities of digital technology and the important lessons we learn from traditional materials and processes and combine them using our own unique creative personality.